Bulgaria is a country in the southeast of the Balkan peninsula at the Black Sea. It is bordering five countries: Greece and Turkey to the south, Macedonia and Serbia to the west and Romania to the north. Bulgaria is a member of NATO since 2004 and a member of EU since 2007. In the east of the country there 378 of sandy beaches on the Black Sea. The Black Sea is clean, calm and not very deep. More than half of the territory of Bulgaria is covered with mountains. The mountainous southwest of the country has two alpine ranges: Rila and Pirin. The highest peak of the Balkan peninsula, Musala (2925 meters) is located in Bulgaria. The longest river in Bulgaria is Danube (Дунав) which is located along the border with Romania.

There are sandy beaches in the major resorts of Bulgaria. The beaches are public and free. In the highest season the beaches can get crowded. Most of the beaches have "blue flag" which is the EU sign of the ecological cleanliness. Besides swimming and sunbathing, the beaches offer various activities such as volleyball, tennis, horse riding etc.

Sunny Beach is the largest, most popular and most lively resort in Bulgaria, which is also known for its cheap prices. Most of facilities open only in the summer season. There is not much permanent population. 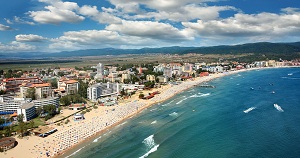 Sunny Beach is a superb place for spending vacation. There are 6 km of sandy beaches, clean water, calm sea and fresh air.

Those who love sports will find the variaty of water sport activities: sailboats, sailboarding, water skiing, jet skis etc. Also there are tennis courts, tennis school, horse riding school, bowling, mini golf and beach volleyball courts. There are many casinos in the resort. You can enjoy delicious Bulgarian food in more than 300 restaurants and taverns, which also offer national folklore programs. Also you will find numerous bars, cafes, night clubs, varieté and excellent nightlife. In the resort you will find friendly environment and European level service.

In Sunny Beach special attention is paid to activities for kids. There are many playground, sport activities and even 24h open kindergarten. Various activities are organized for children: parties, games and kids discos. Llocal restaurants offer special menus for kids.

During summer in Sunny Beach the average air temperature is 20–23°C, water temperature 21–24°C. In this Bulgarian resort you can enjoy warm sea water rich in minerals and refreshing smooth sea wind.

The closest airports are in Burgas and Varna. In Sunny Beach there is a bus station with regular connections to other towns in Bulgaria, Greece and Turkey.

Considering its small area, Bulgaria has an unusually variable and complex climate. The country lies between the strongly contrasting continental and Mediterranean climatic zones. Bulgarian mountains and valleys act as barriers or channels for air masses, causing sharp contrasts in weather over relatively short distances. The annual average temperature depends on latitude and ranges from 8°C in the North and 11°C in the South. In general, the warmest areas are in the southern districts of Bulgaria, influenced by the nearby mediterranean sea. Daytime temperatures vary from 0-5°C in the winter and 25-30°C in summer months. The water temperature in summer is around 25°C. The climate is exceptionally suitable for growing vines, fruits and vegetables, and oil yielding rose which Bulgaria has been known for in Europe for centuries. 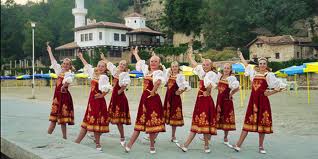 Bulgarian culture has been influences by many nearby countries. Nowadays it is the mix of balkan, turkish and slavic traditions. In year 681 these tribes found together the 1st Bulgarian country which set the path for the current nation. Bulgarian language is very close to the Macedonian. The language uses cyrillic alphabet. Various invaders ruled the territory of Bulgaria: Romans, Celts, Turks etc, but the strongest influence came from the Bulgars who came from Central Asia. One of the key events in the history of Bulgaria was the creation of slavic alphabet by Cyril and Methodius and its adoption in Bulgaria by Boris I. 10 years later Bulgarian became Christians. At that age Bulgaria became the cultural center of the Balkans. The golden are of Bulgarian history ended in 1389 when the country was invaded by the Turks. It influenced the culture of Bulgaria for the next 500 years. In the 19th century the turkish invasion ended with the help of Russia.

After World War II Bulgaria became a communist state. Only in 1989, when the Eastern block collapsed, Bulgaria became independent parliamentary republic. Starting from 1995 Bulgaria was closely collaborating with European Union an became its member in 2007.

Transport is one of the key sectors in the economy of Bulgaria. All typs of transport are well developed and regulated. 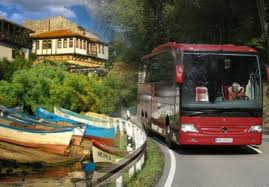 Bus is the most convenient transport. There are public and private buses. It is comfortable to get by bus anywhere. The connections between big cities are at the highest level.

Railroads are also well developed with the network covering all the country. There are railroad connection from all the neighbor countries.

When taking a taxi you should be careful. There are many unofficial taxis. To be confident order taxi by phone from hotel. 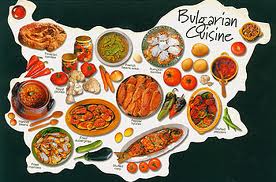 Bulgarian cuisine is exceptionally diverse and delicious, consisting of various salads, breadstuffs, stews, and other local dishes. Many of the dishes are prepared according to traditional recipes handed down from generation to generation over the centuries.

The most products for which Bulgaria is internationally known are yogurt and white brine (feta) cheese. These are almost always present on Bulgarian tables in one form or another.

Some of the most popular Bulgarian dishes are grilled – meat balls, kebapches, grilled meat pieces, grilled sausages, and others. Various stews and dishes in clay pots are also a regular part of the Bulgaria cuisine (hotchpotch and casseroles).

Such delicacies are usually accompanied with a Bulgarian wine, since Bulgaria is justly famous for its wines. Thanks to the country’s unique climate and soils, a variety of grapes thrive here – Gamza (North Bulgaria), the Wide Melnik Vine (in the region of Melnik and Sandanski), Dimyat (in the regions of Varna, Shumen and Stara Zagora), Mavrud (Plovdiv, Pazardzhik, Asenovgrad), Red Misket (Straldzha and Sungurlare), Ruby (Plovdiv and Septemvri) and Pamid (Pazardzhik, Pamidovo and Plovdiv).